Since its premiere in the Philippines, Hello, Love, Goodbye, produced by ABS-CBN Films, has reaped success on both local and international cinemas. With a reported USD17.1 million in worldwide earnings, the film which stars Kathryn Bernardoand Alden Richards, and directed by Cathy Garcia-Molina has become the highest-grossing Filipino movie of all time and has garnered international recognition, including a Best Asian FIlm nomination at the Australian Academy of Cinema and Television Arts. 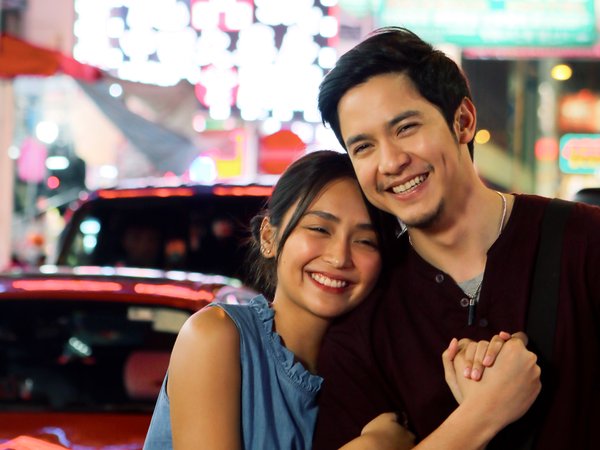 The immense success has earned Bernardo the title of “Asia’s Superstar”. It has also given Bernardo and Garcia-Molina the distinction of being the only respective Filipino actress and director to have two films that earned over USD17 million  each. These earnings are expected to grow even more, as the film is currently touring the Asia Pacific.

Much of its success rests in the very plot. Hello, Love, Goodbye tells different parts of a love story: from sweet beginnings to unexpected endings, to the little moments in between that make staying in love worthwhile.

Beyond the romance, Hello, Love, Goodbye is a bittersweet ode to personal sacrifice. This is especially evident in Joy (played by Bernardo), a Filipina domestic helper based in Hong Kong. The film is a social commentary on the lives of migrant workers like Joy, who will do anything to make ends meet – whether it’s working long hours to the point of exhaustion, taking on multiple jobs at the risk of deportation, or entering talent contests in the hopes of winning big.

While Hello, Love, Goodbye is told from a Filipino point of view, the idea of sacrificing everything for your family is universal in that even non-Filipinos can relate. The character development of Joy paints a realistic picture of the struggle to simultaneously balance one’s sense of individuality, the responsibility to one’s family, and desire for romance.

Cathy Garcia-Molina, the director of Hello, Love, Goodbye, attributes the film’s record-breaking success to the pairing of two of the country’s biggest box office stars, which also marked Bernardo’s and Richard’s first on-screen project together.

The Asia Rising Editorial Team is made up of a multinational team of writers, content experts and journalists from around the world operating out of our Bureaus in New York, Bangkok, Toronto and while on assignment across Asia. View all posts by Editorial Team

Tweets by @AsiaRisingTV
My Tweets